Habboin 20/07/2021 Space 600
WASHINGTON — The Defense Department’s space agency on June 30 hailed the deployment of its first missions which flew to orbit on a SpaceX rideshare carrying 88 small satellites.“Today’s missions will...

WASHINGTON — The Defense Department’s space agency on June 30 hailed the deployment of its first missions which flew to orbit on a SpaceX rideshare carrying 88 small satellites.

“Today’s missions will provide real-world data that we can use to verify our engineering assumptions and space-qualify a significant emerging technology,” Derek Tournear, director of the Space Development Agency said in a statement after SpaceX confirmed the agency’s payloads successfully separated. 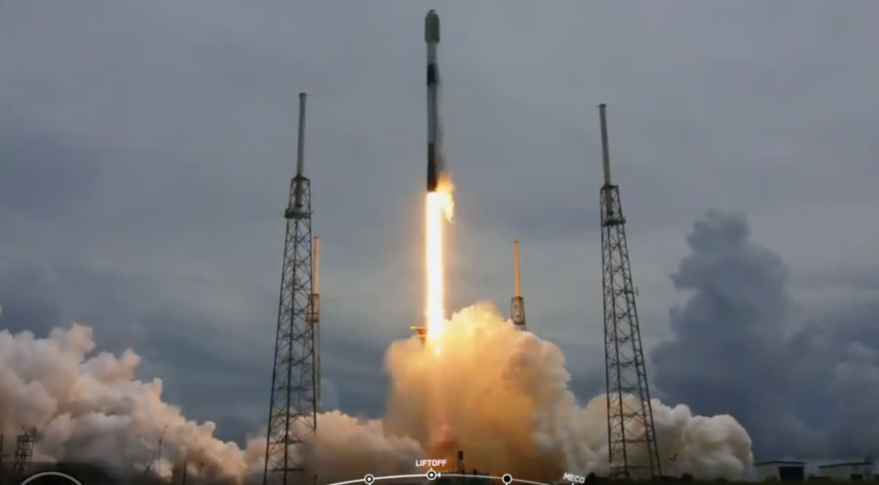 SDA’s missions on Transporter-2, estimated to cost $21 million, include two pairs of satellites to demonstrate the performance of optical communications terminals in low Earth orbit, and one to demonstrate on-orbit data processing.

These are the agency’s first in-space experiments since it was established in 2019. SDA plans to deploy a network of satellites in low Earth orbit for military communications and for missile defense. The first batch of satellites is scheduled to launch in late 2022.

Optical communications between satellites, from satellites to aircraft in flight and to the ground is a key technology SDA wants to use in its constellations. “SDA is relying on optical communications terminals to get massive amounts of data off of sensors and into warfighters’ hands faster than has ever been possible,” said Tournear.

One of the missions, called Mandrake 2, was supposed to launch in January on the Transporter-1 rideshare but the satellites were damaged during processing. This is a joint SDA, DARPA and Air Force Research Laboratory mission to evaluate the pointing, acquisition and tracking algorithms that allow optical terminals to establish and maintain high-speed communication links.

Mandrake 2 will help characterize data transfer rates and optical link performance between space vehicles in LEO and from space to ground. After separation from the launch vehicle, the pair of Mandrake 2 satellites will gradually drift apart on orbit, allowing for tests at ranges up to 2,400 kilometers.

“Optical links between space, air, and ground assets offer significantly higher data rates and lower latency when compared to conventional radio frequency links,” Tournear said. Another benefit of optical links is that they are more difficult to detect and disrupt than traditional communication links.

SDA’s fifth payload on Transporter-2 is the Prototype On-orbit Experimental Testbed (POET), which rode on a commercial satellite built by Loft Orbital called YAM-3, short for “Yet Another Mission.”

The agency said POET will demonstrate the integration of data from multiple sources on a computer aboard the satellite, known as an “edge processor.” The payload’s software suite was developed by Scientific Systems Company Inc.

Peraton, a systems engineering contractor, helped SDA procure the rideshare slots on Transporter-2 and integrate the LINCS satellites in the launch vehicle.