habboin 21/07/2021 Space 2084
WASHINGTON — On the eve of its second revenue-generating launch, Virgin Orbit is looking to 2022 to ramp up its launch activity and operate from several airports in the United States and Great Britain...

WASHINGTON — On the eve of its second revenue-generating launch, Virgin Orbit is looking to 2022 to ramp up its launch activity and operate from several airports in the United States and Great Britain.

In a call with reporters June 29, Virgin Orbit Chief Executive Dan Hart confirmed that the company was “green for launch” on a LauncherOne mission called “Tubular Bells: Part One.” The company’s Boeing 747 aircraft, which serves as the launch platform for the LauncherOne rocket, is scheduled to take off from Mojave Air and Space Port in California between 9 and 11 a.m. Eastern June 30, with release of the rocket about one hour after takeoff.

The launch is the first for Virgin Orbit since January, when a LauncherOne successfully placed 10 cubesats into orbit on a NASA-funded mission called Launch Demo 2. That came after the company’s initial launch attempt in May 2020, which failed to reach orbit when a propellant line ruptured seconds after main engine ignition.

Hart said that, after the “Tubular Bells: Part One” mission, the company expects to perform “at least” one more LauncherOne mission this year, also flying out of Mojave. He did not disclose a date or customer for that next mission.

He said the current relatively slow pace of activity is to take the time needed to review the data from launches and make modifications if needed. “You want to make sure you pore through the data very carefully and there may be minor adjustments that you make along the way,” he said. 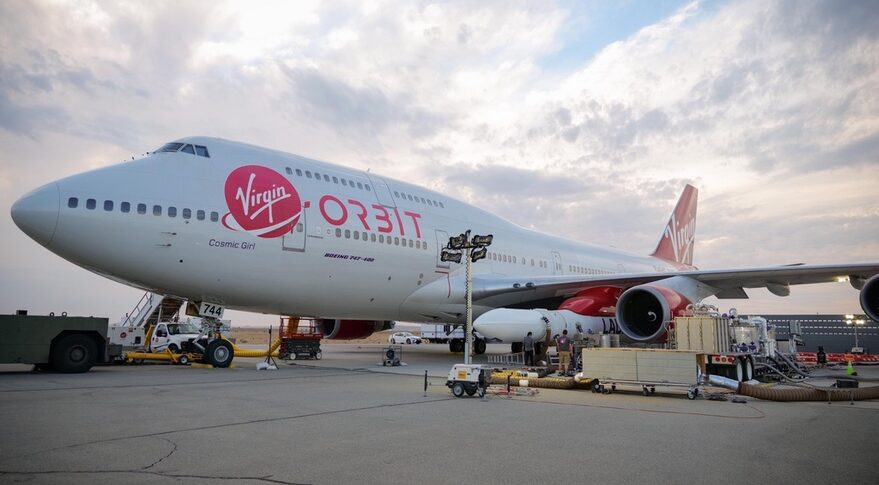 That included what Hart called “very minor” hardware changes based on a review of data from the January launch. “There was a little bit of tweaks as this was the first time we got full aerodynamics through the entire flight regime,” he said, such as adjusting flight controls and optimizing propellant management during the coast phase after reaching orbit.

Virgin Orbit expects to increase launch activity in 2022. “We will be ramping up sharply,” Hart said, with six launches projected next year, including from Andersen Air Force Base in Guam and Spaceport Cornwall in England. Five rockets are in various phases of integration at the company’s factory.

“Now it’s a matter of just continuing to ramp up,” he said, “and moving rockets through integration.”

Virgin Orbit also announced June 29 that it signed a memorandum of understanding with SatRevolution that it said could lead to later launch contracts for “hundreds” of satellites through 2026. SatRevolution said it’s planning a “constellation of constellations” for imaging, synthetic aperture radar and internet of things services.

“We have signed up quite a few folks over the last two or three months,” Hart said, with customer interest growing after its first successful launch, and even during it. “I got a launch agreement signed and texted to me, for instance, in the middle of the second-stage flight” of that earlier launch.

Hart declined to comment on investor interest in Virgin Orbit. The company has been working since last year to raise a new funding round. Sky News reported June 12 that the company was in “advanced talks” with NextGen Acquisition II, a special purpose acquisition corporation (SPAC), for a merger that would raise several hundred million dollars and take Virgin Orbit public with a valuation of about $3 billion.

“We’ve had terrific support from our investors, and continue to have very, very solid support,” he said.