habboin 21/07/2021 Rocket 2162
The Russian company that markets launch vehicles commercially says it doesn’t expect the new Soyuz-5 medium-lift rocket to be available until the mid-2020s, despite leveraging existing designs and fac...

The Russian company that markets launch vehicles commercially says it doesn’t expect the new Soyuz-5 medium-lift rocket to be available until the mid-2020s, despite leveraging existing designs and facilities.

In an interview during the International Astronautical Congress Oct. 24, Evgeny Solodovnikov, sales director of GK Launch Services, says the Soyuz-5 rocket, whose design has gone through many iterations, likely won’t begin flight tests until 2023 and won’t start commercial launches before 2026.

Soyuz-5 will launch from both the Baikonur Cosmodrome in Kazakhstan as well as the new Vostochny Cosmodrome in the Russian Far East. Solodovnikov said that Soyuz-5 will make use of existing infrastructure at Baikonur originally built for the Zenit rocket.

“The idea is to have maximum compatibility with the organizational structure and infrastructure of the Zenit space launch system at Baikonur,” he said. Those facilities include a launch pad and processing facilities, which he said would require “certain upgrades” to accommodate the Soyuz-5. 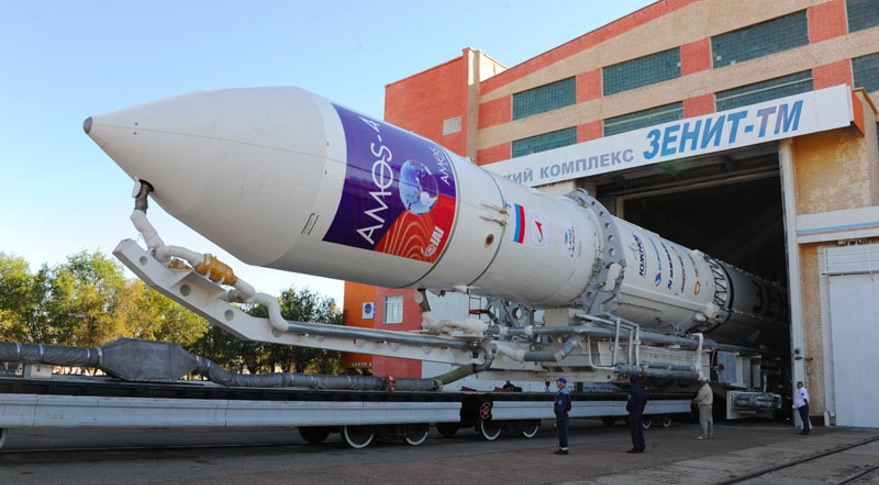 Solodovnikov emphasized heritage as a key selling point for the Soyuz-5. “They are trying to maintain maximum heritage with the available systems,” he said, although with upgrades to both the RD-171 and RD-0124. “The advantages of the system will be that it will be based on the available heritage.”

Despite that heritage, development of the rocket will still take several years. He said a critical design review of the Soyuz-5 is scheduled for 2021, after which full-scale development and ground testing will begin. Flight tests will start no earlier than 2023, with commercial launches set to begin in 2026.

The Soyuz-5 is a medium-class rocket, capable in its current design of placing 17.3 tons into a standard low Earth orbit and five tons into geostationary transfer orbit. “The size of the rocket will allow it to launch constellations, and still be able to compete in the GEO sector,” Solodovnikov said.

He declined to give an estimated cost of the rocket, saying only that it will provide “affordable access” compared to existing and projected vehicles in that part of the market. There are no plans, he added, to recover and reuse components of the rocket in a bid to reduce launch costs. GK Launch Services doesn’t expect to start actively marketing the rocket to potential customers before the vehicle begins flight testing.

Soyuz-5 will fill a gap in Russian launch services, Solodovnikov argued. The Angara-5 rocket, yet to enter regular service after an extended development period, will support larger payloads. The Soyuz-5 won’t replace the existing Soyuz-2, he added, which will still be used for human spaceflight and smaller satellites.