“The Maxwell systems in our satellites have been functioning nominally in the lab and in orbit, and Phase Four has provided great customer service all along the way,” Christian Lenz, Capella chief technology officer, said in a statement. “This has given us confidence to order additional engines.  We look forward to continuing our partnership and look forward to future advances in Phase Four’s technology.”

Capella is the first Phase Four customer to vouch for the on-orbit performance of Maxwell engines, which Capella has been operating since January.

“To my knowledge, it was the first electrodeless thruster ever to operate successfully in space,” Umair Siddiqui, Phase Four CTO, told SpaceNews. “Everything was nominal. The data matched expectations from laboratory testing.”

Since it was founded in El Segundo, California, in 2015, Phase Four has focused on developing inexpensive plasma thrusters designed for ease of manufacturing. 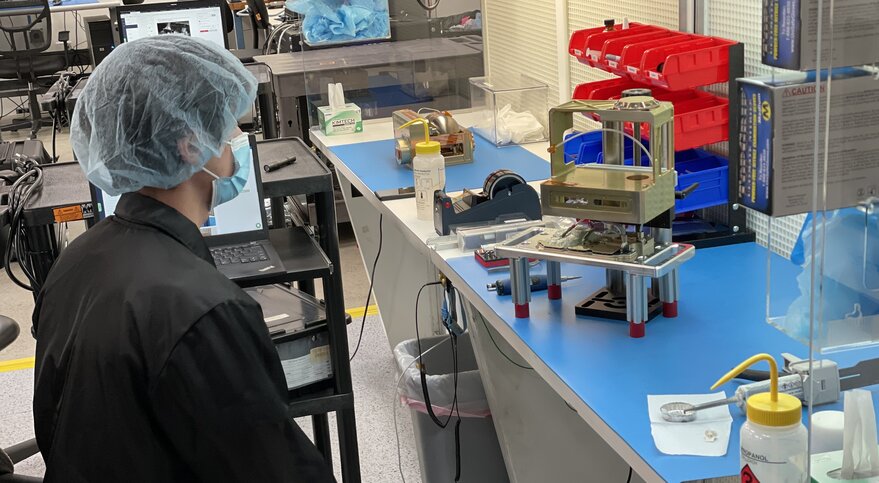 “The move to electrodeless thrusters enables smallsats to get propulsion systems that are relatively affordable on a fixed production schedule,” Siddiqui said. “That ultimately will open up the world of advanced propellants to the smallsat industry.”

Maxwell engines also are designed to extend the lifespan of satellites by allowing them to move in orbit over several years, significantly extending the life of [low Earth orbit] satellites in order to maximize [return on investment] for each satellite in a constellation,” according to a Phase Four news release issued soon after the June 30 launch of the SpaceX Transporter-2 rideshare flight.

For more than a year, Phase Four employees have focused intently on improving the production process. “That manifests itself in higher production throughput and more reliable equipment,” Siddiqui said.

Customers began placing orders for Maxwell engines before Phase Four had on-orbit performance data to share. Now that the company can show flight heritage for its engines, “the pipeline of new customers has expanded,” Siddiqui said.

As the small satellite market grows, Phase Four is developing engines that use a variety of propellants.

“We are using xenon for our initial customers, but the future the xenon supply chain does not scale to where low Earth orbit smallsat constellations are going,” Siddiqui said. “We need to be able to bring online new capabilities with newer propellants. You just can’t do that with the existing technology set.”