Home > Universe > "Loki" makes the next stage of MCU the focus

"Loki" makes the next stage of MCU the focus

Habboin 29/07/2021 Universe 109
The following contains vague spoilers for the first episode of Loki. Somewhere in the multiverse is a reality where the world was not put on hold by COVID, and all the hotly anticipated film releases...

The following contains vague spoilers for the first episode of Loki.

Somewhere in the multiverse is a reality where the world was not put on hold by COVID, and all the hotly anticipated film releases of 2020 and 2021 came out on schedule. Those audiences have already seen Black Widow, Shang-Chi and Eternals — heck, even Doctor Strange and the Multiverse of Madness had an initial release date of May 7, 2021. But we don’t live in that reality. Instead, the Marvel Cinematic Universe’s Phase IV made its debut on Disney+ earlier this year on the smaller screen instead with WandaVision and now, with the release of the first two episodes of Loki this week, we finally have an idea of where it’s going.

You’ll need to have seen the first and last Avengers films before watching Loki; the show begins by replaying the relevant scene from Endgame where Tony Stark drops the Tesseract right in front of a captive Loki, who grabs it and disappears. As far as the movie was concerned, that was it — the Avengers had to work out an alternate way to get their hands on the cube, and Loki was quickly forgotten about. Even when Steve Rogers goes to return all six stones to their place in history, no mention is made of the mishap with the God of Mischief, and how it would have affected the timeline.

The Loki series, though announced before Endgame hit theaters, serves to answer that question. The Avengers didn’t have to care about what happened to Loki or the timeline because it wasn’t their job to; in fact, any effect they had on the timeline was hand waved away in a ridiculous conversation about movie time travel mechanics. It was meant to be funny, and you weren’t supposed to really think about it too deeply.

But if you really cared, Loki jumps right into it. The Avengers didn’t have to worry because that’s actually the job of the Time Variance Authority, an until-now-unseen organization who keeps the timeline tidy, pruning any unexpected divergences from the “Sacred Timeline.” Like Endgame’s Loki. 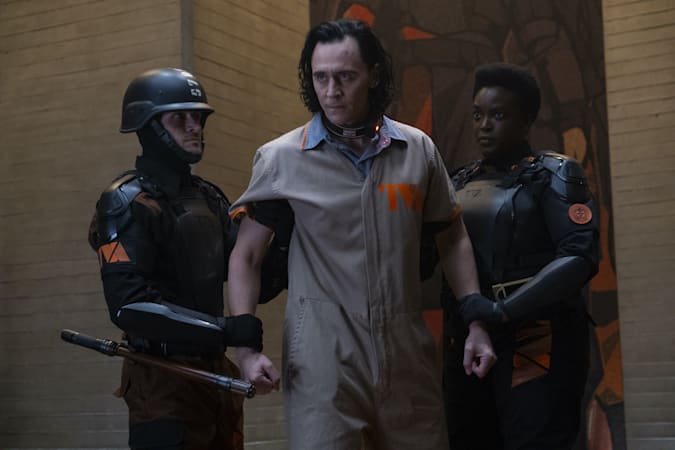 The whole thing feels like a fanfic or tie-in novel, something that expands on a small idea introduced in the main series but is ultimately not important to the larger plot and presumably only of interest to the hardcore fans. Yes, Loki was a popular character but this isn’t even our Loki: our God of Mischief has several movies of character development behind him, having lived through the murder of his mother, death of his father and destruction of his home, eventually dying in heroic fashion at the hands of Thanos. The show’s Loki Laufreyson is, well, still a murdering jerk.

That won’t really do for a show that’s purportedly lighthearted, based on a character we love because he’s actually kind of funny. So this variant Loki gets the highlight treatment of everything that’s unfolded since the first Avengers movie, from Thor: The Dark World to Avengers: Infinity War. But even that isn’t enough for the kind of face turn needed to make the show work. Instead, there’s a moment where the structure of the entire universe gets turned on its head. Because apparently that’s the only way to get through to a conceited jerk, to make everything he knows and believes irrelevant and insignificant. However, the audience is along for the ride too, because what the episode shows us has implications for the entire Marvel Cinematic Universe: It’s a lot bigger than we thought. 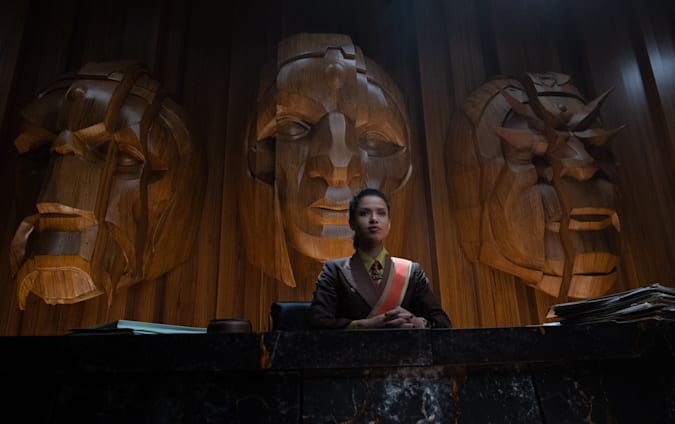 I’m being vague on purpose of course, but there’s a sense of one-upmanship in the reveal that reminds me of a lot of anime, like Dragon Ball Z or Bleach, where each successive villain is stronger than the last, often requiring the heroes to team up with their former enemies to save the day.

It would feel like a cheat to increase the stakes simply by making new antagonists more powerful, and fortunately that’s not what the Marvel Cinematic Universe has done. It’s simply taken something that already existed in the comics and finally translated it to the screen. We’ve already had some glimpses of Cosmic Marvel (space) in Guardians of the Galaxy, Captain Marvel and Thor, and both Doctor Strange and Avengers: Endgame utilized time travel in their plots. While we already know the next Strange movie will be subtitled “...and the Multiverse of Madness,” Loki is the show paving the way for that universal expansion. 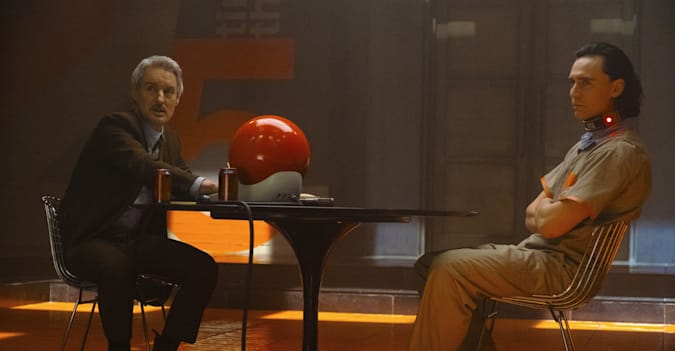 I have previously regarded Marvel's TV show as a task with little or no impact on the plot of the movie. This may be good because it allows newcomers to manage the entire universe. But the downside is that this means that these shows have never been as important as the mainstay movies. In the first season of Rocky it is always possible to bring everything back to the state it was at the beginning of the show, back to when Rocky disappeared from the Avengers Tower in 2012, or when Thanos broke his neck in Infinity War. But even so, the fact is that we, the audience, must now know that there is more behind the scenes of the Marvel Cinematic Universe-paving the way for the fourth stage of the film to be released.