Habboin 01/07/2021 Rocket 761
Rocket Lab, a developer of launch vehicles and smallsats, will merge with a special-purpose acquisition company (SPAC) to support development of a larger launch vehicle, part of the latest wave of dea...

Rocket Lab, a developer of launch vehicles and smallsats, will merge with a special-purpose acquisition company (SPAC) to support development of a larger launch vehicle, part of the latest wave of deals to take space companies public.

Rocket Lab announced March 1 that it will merge with Vector Acquisition Corporation, a SPAC established last year by venture capital fund Vector Capital. The deal is expected to close in the second quarter, with Rocket Lab then traded on the Nasdaq exchange under the ticker symbol RKLB.

“This milestone accelerates Rocket Lab’s ability to unlock the full potential of space through our launch and spacecraft platforms and catalyzes our ambition to create a new multi-billion-dollar business vertical in space applications,” said Peter Beck, chief executive and founder of Rocket Lab, in a statement announcing the merger.

“Rocket Lab is a once-in-a-generation company that is democratizing access to space through its constant innovation, leading technology and proven execution,” Alex Slusky, chief executive of Vector, said in the statement. Slusky will join the board of Rocket Lab once the merger closes. “Rocket Lab is ideally positioned to continue to capture market share in the rapidly expanding space launch, systems and applications markets.”

Rocket Lab is best known for its Electron small launch vehicle, which has launched 18 times since 2017. The company is also working on a smallsat bus called Photon designed to be launched with Electron. It launched the first Photon satellite last August and will launch the second on the next Electron launch in mid-March. 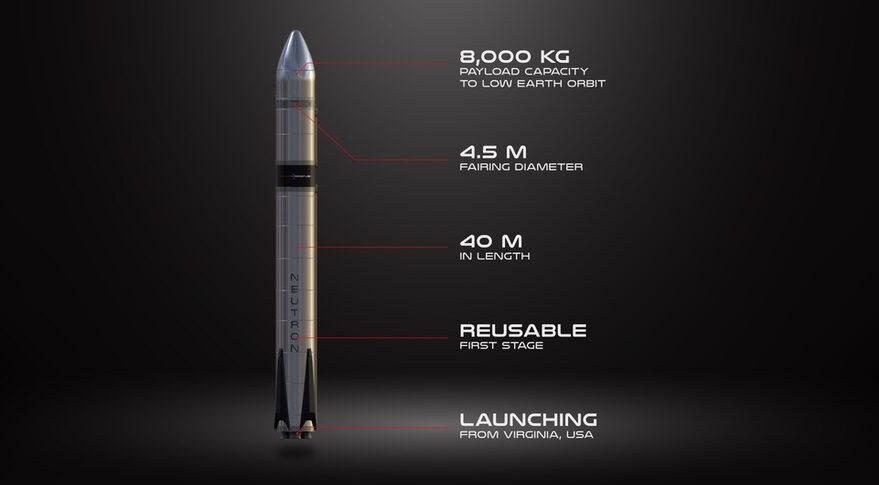 Rocket Lab had raised $288 million in several funding rounds, most recently $140 million in a Series E round in November 2018 that valued the company at more than $1 billion. Beck described that round as “a big keg of dry powder” to allow it to weather disruptions such as the pandemic, as well as support new initiatives like its Photon satellite bus and an ongoing effort to reuse the Electron’s first stage.

The funding from the SPAC merger will enable another new initiative. Rocket Lab said it is working on a medium-class launch vehicle called Neutron, capable of placing up to 8,000 kilograms into low Earth orbit, more than 20 times the capacity of Electron. The company disclosed few technical details about Neutron, but said that it intends to make the first stage reusable through propulsive landing on an ocean platform, similar to SpaceX’s recovery of Falcon 9 first stages.

The new vehicle is intended to support the growing interest in satellite megaconstellations. “Neutron’s eight-ton lift capacity will make it ideally sized to deploy satellites in batches to specific orbital planes, creating a more targeted and streamlined approach to building out megaconstellations,” Beck said in the statement.

Rocket Lab had previously resisted building a larger vehicle. “There’s no market for it,” Beck said during a side session of the Smallsat Conference in August 2020.  “If you build a larger rocket, you relegate yourself to being purely rideshare, and rideshare is really well-served.”

“We’re not going to move the needle for anybody” with a larger rocket offering rideshare services, he continued. “Where we can move the needle is increasing the launch cadence of Electron and driving the cost down so people can use the advantage that dedicated launch really provides.”

The first Neutron launch is scheduled for 2024 from the Mid-Atlantic Regional Spaceport at Wallops Island, Virginia. The vehicle will leverage the infrastructure the company built at Launch Complex 2 there for the Electron rocket, which will make its debut from that pad later this year. Rocket Lab said it’s “assessing locations across America” for a factory that would handle large-scale production of Neutron.

Rocket Lab is part of a surge of deals involving SPACs, which offer companies a faster route to going public than the traditional initial public offering process. Virgin Galactic merged with a SPAC, Social Capital Hedosophia, in 2019, a deal that raised $460 million for Virgin and allowed it to go public on the New York Stock Exchange in October 2019.

“I think that it was the Virgin deal that got most people looking at SPACs and charging ahead,” said James Murray of PJT Partners, an investment banking company, at the SmallSat Symposium in February. “I don’t think this is going to slow down in the very near future.”