Habboin 01/07/2021 Space 447
Two years ago, when astronomers gathered at the 234th meeting of the American Astronomical Society (AAS) in St. Louis, one word was on the minds of many attendees: Starlink. Just a few weeks earlier,...

Two years ago, when astronomers gathered at the 234th meeting of the American Astronomical Society (AAS) in St. Louis, one word was on the minds of many attendees: Starlink. Just a few weeks earlier, SpaceX had launched the first set of 60 Starlink satellites, and the unexpected appearance of the satellites in twilight skies as a bright string of pearls dismayed astronomers. With SpaceX planning to launch potentially tens of thousands of such satellites, astronomers had visions — or, more accurately, nightmares — of a ruined night sky.

At the 238th meeting of the AAS, held online in early June, the threat posed by Starlink didn’t seem nearly as urgent among attendees as it did then, or at the next AAS meeting in January 2020 that devoted a special session on the subject. One reason may be that virtual meetings, even with chat rooms and Slack channels, can’t replicate the hallway discussions at in-person conferences where people share what they really think about such topics.

Another, though, is that astronomers have made progress mitigating the threat through cooperation rather than confrontation. Meetings between astronomers and SpaceX have led to design changes to the Starlink satellites, including the “VisorSat” design where a visor prevents sunlight from reaching reflective surfaces like antenna panels. SpaceX has launched about 1,000 VisorSat versions of Starlink.

Those VisorSat versions of Starlink are considerably fainter than earlier versions, said Richard Green of the University of Arizona during a public policy town hall session at the AAS conference June 9. The original Starlink satellites have a visual magnitude of about 5 once in their operational orbits, while the VisorSats are at about 6.5, or a factor of four dimmer. That makes them invisible to the naked eye in all but the darkest night skies.

Green also praised the FCC’s approval of SpaceX’s license modification that moves Starlink satellites originally intended for altitudes above 1,000 kilometers to the 550-kilometer orbits used by the rest of the constellation. “That’s good for us for visibility, because they’re visible largely in twilight and close to the horizon, and not visible later on,” he said. (SpaceX’s primary motivation for the orbit change involved reducing latency, not mitigating impacts of the satellites on astronomy.) 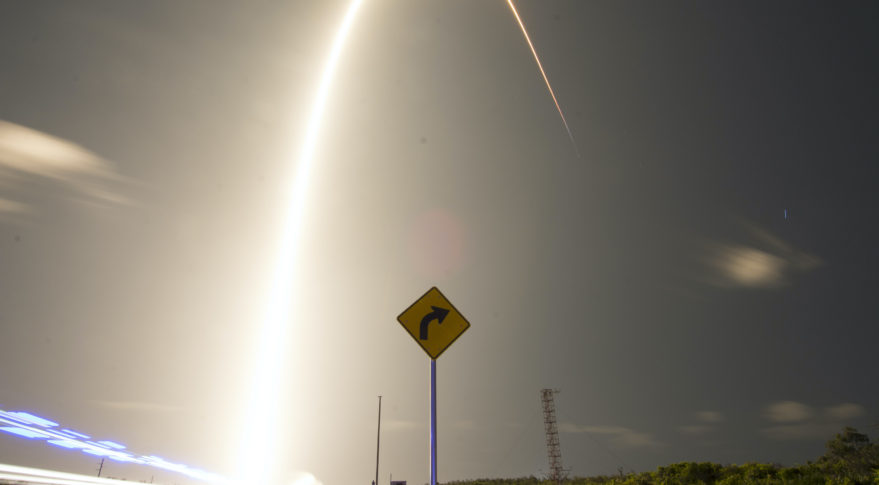 Astronomers, though, aren’t declaring victory just yet. They set a goal of reducing the brightness of Starlink satellites to magnitude of 7 to avoid the worst of interference effects on sensitive instruments, like those at the Vera Rubin Observatory under construction in Chile. “It hadn’t quite hit the seventh magnitude goal, but it is a considerable improvement,” Green said.

OneWeb’s satellites are even dimmer, at an average magnitude of 7.85. The problem with those satellites is that they are in higher orbits, so they are visible longer each night, including all night long in the summer.

There are many more constellations for astronomers to worry about, however. A workshop last year recommended that satellite constellations operate their satellites at altitudes of no more than 600 kilometers to minimize the amount of time they’re visible at night. However, several proposed systems, like Telesat’s Lightspeed and Viasat’s constellation, would operate at above 1,000 kilometers.

Green also raised concerns about AST SpaceMobile, a company that wants to operate hundreds of satellites with very large antennas in low Earth orbit. “They’re going to be huge, if they’re built as planned, so they’re going to be enormously bright,” he warned. “There’s a question of how they could meet the seventh-magnitude requirement.”

There is a lot more to do, both in policy and spacecraft engineering, but the progress astronomers have made with Starlink shows there is a path for solving similar problems with other satellite constellations through coordination and cooperation.

Jeff Foust writes about space policy, commercial space, and related topics for SpaceNews. His Foust Forward column appears in every issue of the magazine. This column ran in the June 2021 issue.