Home > Universe > What's the Difference Between Antifreeze and Coolant?

What's the Difference Between Antifreeze and Coolant?

can i use universal coolant
habboin 16/10/2021 Universe 1533
If you own a car or a truck, even if you do not do much of your own vehicle maintenance, you have probably at least heard of antifreeze and coolant. It sounds as if they serve very similar purposes in...

If you own a car or a truck, even if you do not do much of your own vehicle maintenance, you have probably at least heard of antifreeze and coolant. It sounds as if they serve very similar purposes in a vehicle's engine. So what is the difference?

Not much, actually. Antifreeze, usually ethylene glycol, does not freeze easily. It also does not boil easily. When it is added to water, it becomes coolant. You can buy it separately and add it to the water in your radiator—usually aiming for a 50 percent antifreeze to 50 percent water ratio—or you can buy it premixed, generally in that same ratio. It is usually green or red.

In addition to regulating the engine's temperature, antifreeze naturally protects it against corrosion, such as rust, and It lubricates all the moving parts that it comes into contact with—the water pump, for example.

How Does It Work?

Mixed correctly, it can keep your radiator fluid from freezing even if the temperature is less than 30 degrees below zero, far lower than the normal freezing point of water, which is 32 degrees Fahrenheit. It works by lowering the freezing temperature of the fluid in your radiator by 60 degrees or more. 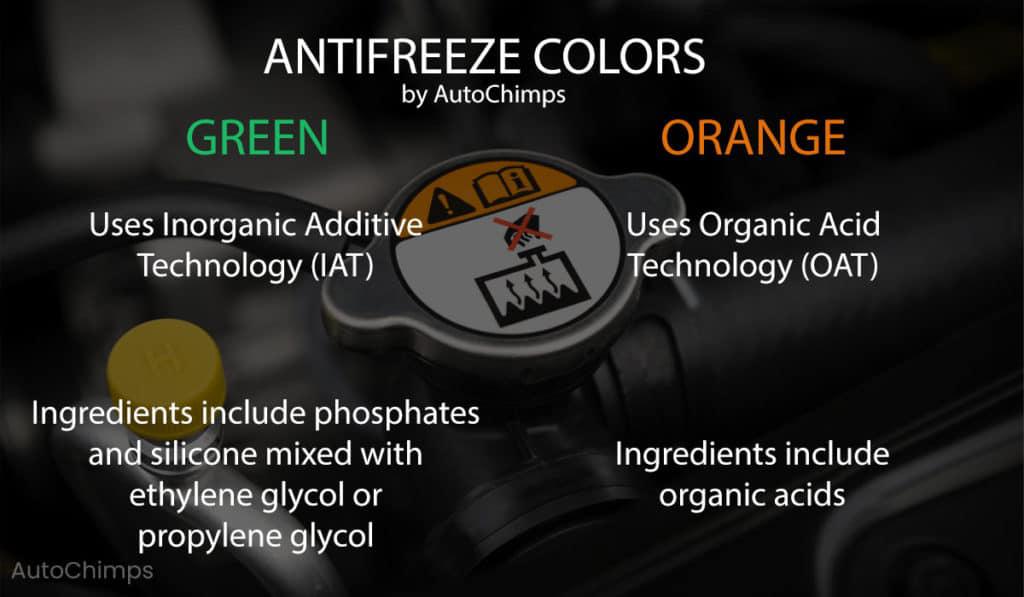 Modern engines have many fairly narrow passages through which the coolant must flow to keep your engine cool. Not only does coolant keep your engine temperature under control, but coolant in these smaller passages also keeps the heat in the engine balanced.

When you start your engine in the morning, especially on a cold day, it is important to the engine management system that the engine gets warm as quickly as possible. Today's emission control systems rely on your car's engine being at the proper operating temperature for the pollution-stopping devices to function at their best. So not only does your coolant system keep the engine from getting too hot or too cold, but it also raises it to the proper operating temperature as quickly as possible to support the anti-pollution devices.

Among the numerous passageways in today's engine's, some are large radiator hoses, while others are small passages that serve devices such as the heater core, which provides warm air inside the car, and the sensors for engine management. There is also the radiator itself and the water pump.

Over time, your engine's coolant can become contaminated as it picks up the gunk that has settled in your cooling system, possibly causing clogged subsystems. Flushing your cooling system can keep that potential buildup at bay and help your coolant to flow freely. Ignoring the buildup for too long can result in dirty parts and unnecessary repairs to your vehicle.