Home > Universe > The dangers of Disney+ and the shared universe

The dangers of Disney+ and the shared universe

Habboin 31/07/2021 Universe 93
As the geek culture and interest become more prominent, the idea of ​​cross-media projects also follows: a story or universe, all over movies, TV, books, and games. This idea has always existed in som...

As the geek culture and interest become more prominent, the idea of ​​cross-media projects also follows: a story or universe, all over movies, TV, books, and games. This idea has always existed in some form-the sequel movie is a cross-media project to some extent, and so is the derivative drama. But this idea really took off in the 1990s with the expansion of the universe of "Star Wars", Lucasfilm created a world outside of the original legendary movies in projects such as "Shadow of the Empire". After Disney acquired Lucasfilm and wanted to make room for its own sequels and derivative products, most of the baggage was abandoned in 2014. Seven years later, with a large number of new Star Wars movies and shows coming out, we began to look as if we were back to the beginning-Disney is good for it.

On deck we have a handful of new films, like Patty Jenkins’ Rogue Squadron movie, and a bunch of new shows: Andor, Obi-Wan Kenobi, Lando, Ahsoka and Rangers of the New Republic. Right now there’s just The Bad Batch to contend with, a show I enjoyed but felt a little intimidated by, given how much it drew from its predecessor show, The Clone Wars. That feeling only intensified after the second episode, with the reappearance of clone deserter Cut Lawquaine. The episode largely stood on its own, but there was still some backstory, especially with the casual mention of Rex in conversation. The sizzle trailer for the cartoon also shows us a glimpse of Fennec Shand, a character who made her first appearance in The Mandalorian and will also appear in The Book of Boba Fett.

While it’s still too early to know how much The Bad Batch will delve into Star Wars lore, The Mandalorian season two did draw on the cartoons with the re-introduction of the Darksaber and characters like Bo-Katan Kryze. While newbies were shocked by the appearance of Mandalorians who were quite public with their identities, the episode came across differently to those already familiar with the characters from The Clone Wars or Rebels. I found myself explaining some bits of Mandalore backstory to people like my mother, and I have friends who also report having to serve as Star Wars historians. I’m sure Wookieepedia also got its fair share of attention as a result of the storyline. After all, it all wasn’t just a casual reference — the Darksaber ends up in the hands of our titular character, which has major implications for future seasons of the show. 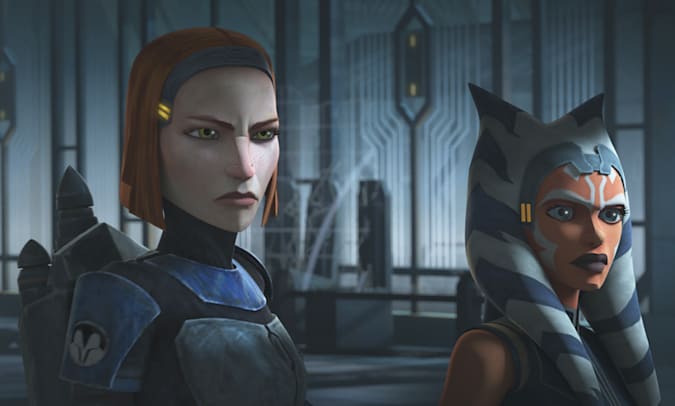 With the sheer amount of Star Wars content coming our way, it’s easy to feel burned out. But in theory, having a lot of different programs should be a good thing because there’s something for everyone. Star Trek is an example of a franchise that’s branched out and diversified. There are currently three new seasons scheduled (Picard, Discovery and Lower Decks), along with two new shows in the works. And they don’t cross over — they can’t, as they’re all set in different time periods. They’re intended for different audiences, too, between the children’s cartoon Prodigy and the more adult-oriented Lower Decks. Picard and Discovery, meanwhile, lean heavily on serialized storytelling — a change of pace from Strange New Worlds’ promised episodic formula.

The strategy with Star Wars isn’t clear just yet. The Bad Batch is very much a kid’s show, one that rewards fans of the earlier Clone Wars cartoon. Upcoming shows like Andor and Lando seem to be aimed at viewers who enjoyed spinoff films like Rogue One and Solo, though those movies are very different from each other in tone and audience. The Mandalorian is the one that’s been the most “general interest” so far, and yet that ultimately didn’t stay free from the net that is Disney’s revamped Star Wars universe. Even the movies couldn’t escape the transmedia tangle, with the opening crawl of The Rise of Skywalker referencing an event in… Fortnite.

The closest analogue is what Marvel, another Disney property, has done with its own Cinematic Universe. When Iron Man first debuted, the idea of a greater continuity was kept to a minimum, as plans for future movies were still uncertain. But as the universe grew, more attention was paid to how things would tie together, leading up to the first Avengers movie. A lot of fixes were made along the way — like making Loki’s staff one of the Infinity Stones — but it largely holds together, mostly because it’s not so tightly interwoven. You don’t have to have seen Black Panther going into Avengers: Infinity War, though it’s certainly nice to have some of those character backstories filled in.

Of course, the problem with Marvel is that it still has a lot of cruft that it’s looking to shed. A lot of the “One-Shots” that used to accompany Blu-ray releases have been ignored. Agents of SHIELD was supposed to tie into the films, but even the cast and crew admit that the show basically got movie leftovers. Rumor is that the Netflix shows will be decanonized, though some of the actors may be brought back to play new MCU versions of their characters. I recently took The Falcon and the Winter Soldier to task for wrapping itself up too neatly by the end; while it did a lot of great character building, it all felt like stuff that the movies will ultimately ignore in an effort to reach wider audiences. 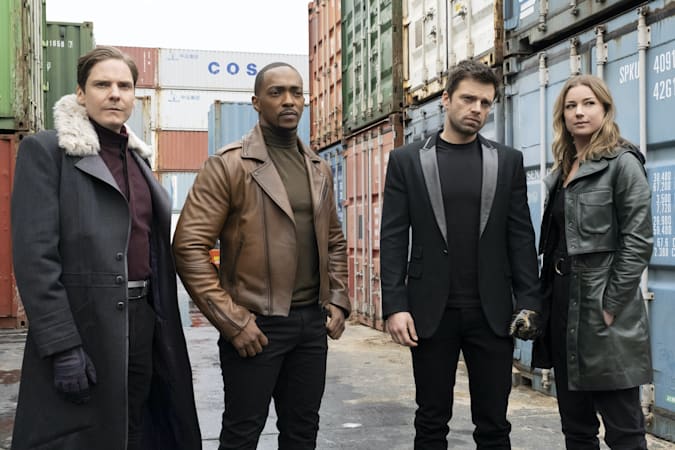 With Disney+ at their disposal, neither Star Wars nor Marvel need to take a piecemeal approach to their continuity anymore. All of the content is available forever on the service, with fans easily able to pull up an old film or TV show when there’s a reference they don’t understand or miss entirely. But as the new growing Star Wars canon reveals, this can easily become a trap: new viewers may resent the idea of “homework” before getting into a new show, which can hamper audience growth. There are already so many people who pass on programs because they don’t have the time to take in it while it’s “trendy” and ultimately never watch it. Instead of taking each new show piece by piece, fans may end up ignoring whole swaths of the Star Wars and Marvel Universes. There are already a lot of people who have never watched Clone Wars or Rebels and never will, even as their elements start to leak into live-action productions like The Mandalorian.

Skip the children's show should be no problem if you are not a kid. If you are not particularly fond of magical characters like Scarlet Witch or Doctor Strange, then it should be no problem to skip a show like WandaVision. The best of both worlds is to keep each independent franchise in its own lane-a magical corner, a niche market for American heroes, and an eagle eye. But now we are studying the possible introduction of the young Avengers, the roles of which are currently scattered everywhere. The message we currently get is that we should look at everything and there is no guarantee of return. I like these franchises, and I am very grateful for the Disney+ catalog, but if Disney wants to continue to gain subscribers, it needs to take steps to make these vast media worlds easier to manage for new audiences.