what is the song rocket man about
habboin 11/02/2022 Rocket 1141
One of Elton's greatest and most enduringsongwriting achievements, Rocket Man is one of a handfulof signature songs beloved by all. Bernie's evocative imageryand Elton's soaring melody combined to cre...

One of Elton's greatest and most enduringsongwriting achievements, Rocket Man is one of a handfulof signature songs beloved by all. Bernie's evocative imageryand Elton's soaring melody combined to create a powerfulode to the conflicts felt by a man whose job takes him awayfrom his wife. For years Elton has played an extended versionof the song, using the piano and his voice to create a dreamyfeeling of drifting through space. Originally released onthe Honky Château album, this particular version was performedOctober 15th/16th, 1999 in a solo piano show at Madison SquareGardens, New York. The album is only available to membersof the EltonJohn.com fan club.

This particular version of the song is well over nine minutesin length and captures all the power and beauty of the performance.Elton noodles over two of his favorite chords, Bb and Eb,for over five minutes, showing off a seemingly infinite varietyof riffs, licks, and runs throughout. In the process he takesus through several dynamic sections, each one building upto a thundering climax and then bringing us back down.

HARMONIC STRUCTUREAt its core, Rocket Man has a fairly simple chord structure, but Elton usescluster chords, added 9ths, suspensions and slashchords to add lots of harmonicinterest to the sound. The following figure shows the basic chord structure.Many of you may notice that Elton handles the C-chord differently in thisversion than the original studio recording. In the original, the C in bars2 and 4 of the verse was played as a C9. Throughout this version, Elton usesvariations of the slash chord Gm7/C, which emphasizes the F (the 11th inC) and eliminates the E found in the C9-chord. The lack of an E is why Ichose not to label this a C11-chord.

Rocket Man is in the key of Bb - 2 flats. But the C-majorchord does not occur naturally in the key of Bb. That chordand the | Gm | C | pattern really suggest that we're in thekey of F, the dominant of Bb. It's only when we get to bar5 where the Eb is introduced that we shift to the home keyof Bb. While not a dramatic key change, it enhances the harmonicpalette in a manner that should sound very familiar. Elton'snot inventing anything new here. This particular device hasbeen prevalent in rock and blues since the beginning. It'sjust worth pointing out. If you close your eyes and listen,you'll hear the harmonic center of gravity shifting in bar5.

A SIGNATURE RIFFStarting with the 5th bar of each 8-bar verse, the song descends diatonically,ending with an F/A chord. The A bass establishes a tension which gives theharmony the option of either flowing back to the Gm in the next verse orthe Bb in the chorus. Elton punctuates this F with a riff which he repeatsmostly unchanged throughout the song. The following figure shows this riff- perhaps the most defining riff in Rocket Man. It's a strong, full-handed,solid riff that will take a little practice to perfect. In particular, thephrasing of this riff should achieve some snap or rhythmic propulsion. 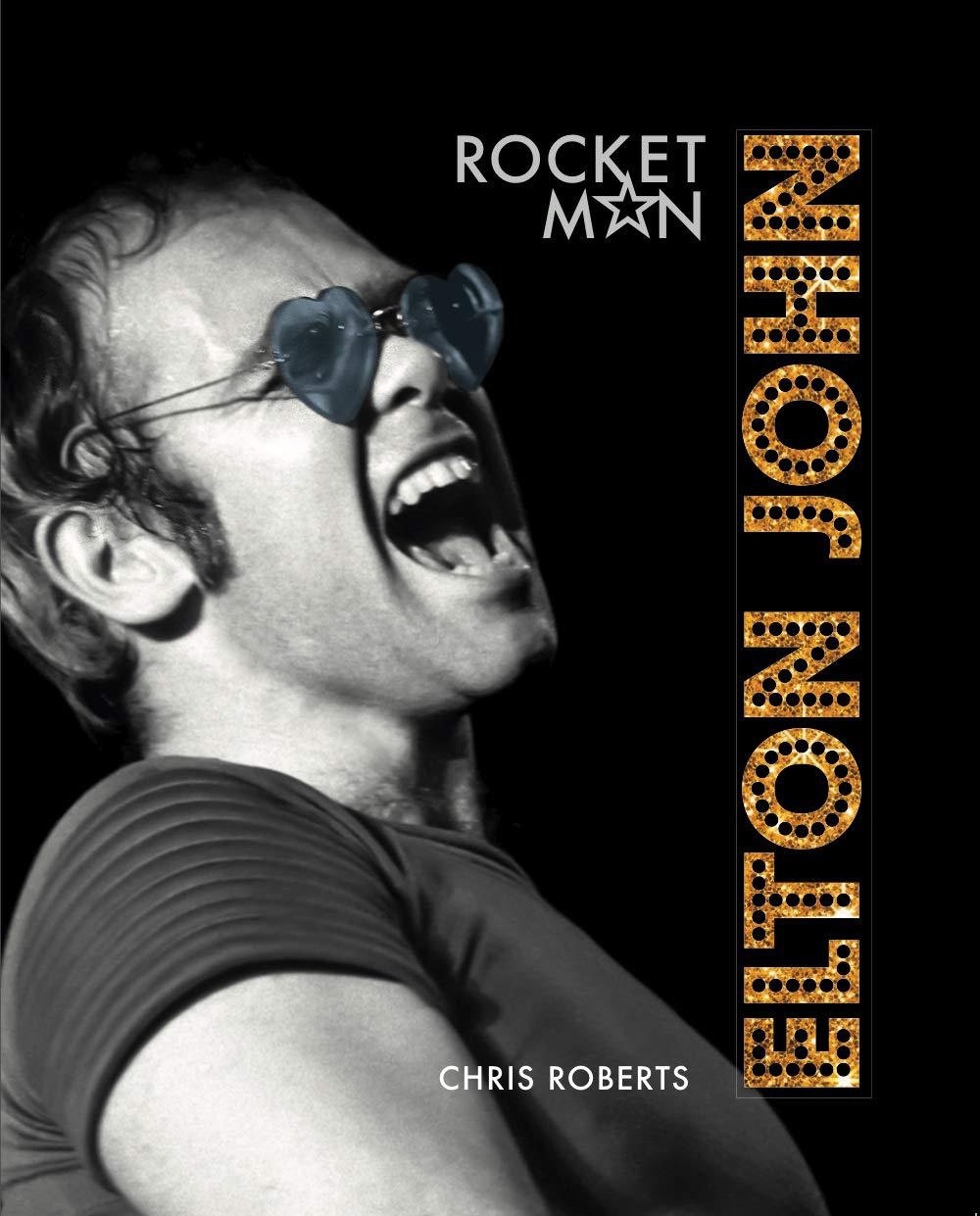 THAT ELTON SOUNDThe chorus and the extended solo section employ Elton's familiar arpeggiatingstyle of accompaniment. The beauty of this is that it provides a soft ripplingcushion of harmonic innerplay and rhythmic energy, played to an absolutelybrilliant melody. While Elton uses this same approach in a lot of his playing,I am fascinated by the infinite variety of patterns he's able to inject intoit. He transforms the arpeggio, generally thought of as a repetitive patternof notes from a chord, into a palette of colors and shades that are uniquelysuited for each individual song. The following figure is just one small exampleof this ability.

Varying the arpeggio pattern Incorporating passingtones and added 9ths Accenting notes on off beats, frequently with thumbnotes Hitting a chord on the upbeat (e.g. 4th bar above)

One of the most crucial aspects of that Elton sound, namelyhis phrasing, is achieved through the use of anchors. Anchorsare notes that he holds while playing others. In the lefthand, he typically uses his little finger as an anchor whileplaying the 5th or the octave with his thumb. In the righthand, he shifts the anchor between his thumb and his littlefinger - a bottom anchor or a top anchor. The anchor keepshis playing legato without overusing the pedal. OVERUSE OFTHE PEDAL is a crucial problem for beginning pianists. USETHE ANCHORS to achieve a legato sound.

The use of anchors is reflected in the voicing. The followingfigure shows how Elton's right hand anchors are always shifting.

In the first 3 beats, he anchors his thumb on the 2nd 16thnote of each beat, i.e. the G below middle C. Using thisanchor, he is able to phrase and accent the following notesanyway he chooses. For instance, he can easily accent theEb that occurs prior to the 2nd beat. BUT THE POINT HEREIS is that he shifts his anchor in the 4th beat and intothe 2nd bar. The Eb before the 4th beat becomes the anchor(most likely played with the 4th finger). In the 2nd bar,the Bb, played with the little finger, becomes the anchor.Then in the 3rd beat, the thumb becomes the anchor. Thisshifting of anchors is what opens up all of the richnessin Elton's playing.

CONCLUSIONI am thrilled to present this song to fans of my website. As with all my transcriptions,the intent is to document one of the greatest songwriters ever, and one ofthe greatest pianist / performers of all time. In the process I hope to providea little bit of insight into his genius.