habboin 14/07/2021 Rocket 1821
A growing realization of the need for a medium-class launch vehicle led Rocket Lab to speed up its plans to go public by merging with a special-purpose acquisition company (SPAC).Rocket Lab announced...

A growing realization of the need for a medium-class launch vehicle led Rocket Lab to speed up its plans to go public by merging with a special-purpose acquisition company (SPAC).

Rocket Lab announced March 1 it would merge with Vector Acquisition Corporation, a SPAC established by venture fund Vector Capital. The deal, expected to close in the second quarter of 2021, will provide Rocket Lab with $745 million in cash from the SPAC and a concurrent funding round, valuing the launch and space systems company at $4.1 billion.

In an interview, Peter Beck, the founder and chief executive of Rocket Lab, said the company has been moving “at a genteel speed” for some time toward a more traditional initial public offering (IPO) of stock. What changed the company’s plans was an analysis that the market needed a larger vehicle than its existing Electron rocket.

“It became very clear to us that what the industry needs right now is the right-sized medium-class vehicle for delivering megaconstellations,” he said. “The majority of the spacecraft in the future are in megaconstellations.”

Rocket Lab settled on a vehicle called Neutron, capable of placing up to 8,000 kilograms into low Earth orbit, which the company revealed at the same time as the SPAC deal. Developing such a vehicle required raising “significant amounts of capital,” Beck said, that could be done by going public.

“That’s basically why we announced them at the same time. We’re not going to announce a larger launch vehicle unless we had the appropriate financing in place to ensure its development through completion,” he said, describing the relationship between the Neutron program and going public as “symbiotic.”

Rocket Lab chose a SPAC rather than a traditional IPO in order to accelerate that development. Going public through a SPAC can take a fraction of the time of the IPO process. “For us, we really want to get cracking on a really aggressive large program,” he said. “This acceleration is really good for us because it means we can accelerate the program as well.”

Rocket Lab expects its business to accelerate over the next several years as well. In an investor presentation released as part of the SPAC deal, the company projects its revenue to grow from $35 million in 2020 to $1.57 billion in 2027. The company reported adjusted earnings before interest, taxes, depreciation and amortization (EBITDA) of –$36 million in 2020, but expects to break even in 2023 and reach $505 million in 2027.

Rocket Lab’s plans were thoroughly vetted by Vector as part of a three-month due diligence process. “They dug in very deeply,” Beck said. “We enjoyed the level of engagement that we had.” 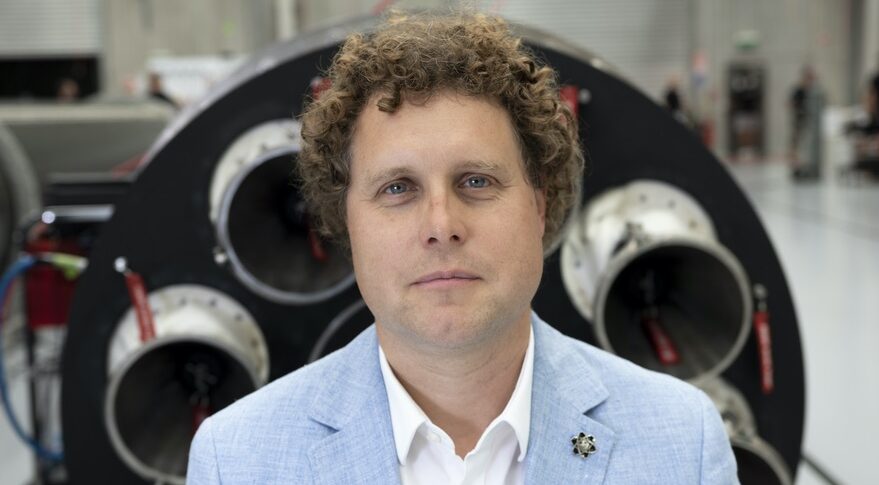 Beck said his company had been approached by a number of firms as part of its plans to go public before deciding to merge with Vector’s SPAC. “They come with a very deep level of experience with a really strong bench,” he said of Vector. “It wasn’t just a blank check. It’s a team of 40 folks that we can leverage across things we want to do.”

Another reason Rocket Lab is going public is to help support acquisitions of unnamed companies. Rocket Lab acquired Sinclair Interplanetary, a manufacturer of smallsat components, last year. “We found it quite challenging as a private company to do the acquisitions that we wanted to do without having that public currency,” he said.

Development of Neutron is still in its early phases because the company was waiting for the funding to support work on the larger rocket. Some technologies will be “directly transferable” from the smaller Electron rocket, like avionics, but other systems will either be scaled up or be new developments, such as new engines.

Neutron will fly from Pad 0-A from Mid-Atlantic Regional Spaceport in Virginia, the pad currently used by Northrop Grumman’s Antares rocket and next to Rocket Lab’s Launch Complex 2 pad for its Electron rocket. Using that pad, Beck said, avoids the expense of building a new launch complex.

“Leveraging the $100 million of wonderful investment by the state into a launch pad that’s used very infrequently just makes good business sense,” he said, a reference to the current Antares flight rate of two missions a year. “It saves a whole lot of time and risk out of development program.”

Rocket Lab will build a factory for Neutron as close as it can to that launch pad to minimize issues with transporting the vehicle, such as bridge clearances when transporting rockets by road.

Beck said that, despite the new focus on Neutron, the company has no plans to abandon the smaller Electron rocket. “We continue to see the demand for Electron grow,” he said. “There is an absolute need in the marketplace for a reliable small dedicated launcher.”

Beck had once thought there was no need for a vehicle larger than Electron, until those market analyses showed how a medium-class vehicle could serve the megaconstellation market. He had similarly dismissed the need for reusability, only to embrace it as a means to increase the Electron flight rate.

In a nod to past vows to “eat his hat” if he was wrong about reusability and larger launch vehicles, a video released by Rocket Lab showed Beck doing just that. He cut up pieces of a hat with the Electron logo, shredded them in a blender and took a bite.

How did the hat taste? “It was terrible,” he said. “It’s like eating a handful of chemicals.”