What is Multiverse, Megaverse, Hyperverse, Outerverse...

what is bigger than the universe
habboin 07/11/2021 Universe 1934
We often hear these jargons on the topic of Dimensional Tiering but there seem to be no common consensus of what they actually mean. After a bit of researching I've found two websites that holds some...

We often hear these jargons on the topic of Dimensional Tiering but there seem to be no common consensus of what they actually mean. After a bit of researching I've found two websites that holds some authority, but they don't really satisfy me.

VS Battles Wiki has a really self-consistent system, but they define their own definitions based on a unnecessarily specific model. e.g. they only consider Brane Cosmology while there are many different types of Multiverse models in fiction. Hence they also neglect many terms that have too much controversy/dispute on what they mean.All dimensions/Verse and Dimensions Wiki has a page for all the terms you can think of, but they have no meaningful coherent structure that holds them together.

So instead of proposing arbitrarily backward-defined definitions, I'll instead analyse each term to notate them in an intuitive, self-explanatory manner, and then use them to describe what we know instead.

The official scientific definition of a Dimension is an axis of movement, such as height, length, and width. [VS Battles Wiki]

Do not limit your understanding of the word Dimension to just space and time.

Dimension is a fundamental property (quantity or quality) that distinguishes one system from another. It is not the same as number of dimension or dimensional values.

Number of dimension is how many of those fundamental properties that it can be described withDimensional values are the values of the properties.

In daily lives, we just say it to mean an aspect of a situation. There are different kinds of dimensions:

By itself, no dimension is "larger" or "later" than another. Length does not come before height, nor does it come before time. I could just as easily say time is the "4th dimension". The question "what is the fourth dimension" does not make sense.

However, fictional contexts can rank dimensions differently. In certain Multiverse models, not all Universes have the same dimensions. The dimension that describes the most Universes are considered to be "biggest" (can imagine it as the largest container).

The physical Universe is defined as all of space and time (collectively referred to as spacetime) and their contents. [Wikipedia]

The idea of Alternate Universe is counter-intuitive if "Universe" is defined to be "everything" there is? Why don't we consider all of them to be part of a Universe just like everything else? With the introduction of the concept of dimensions as the fundamental distinguishing properties, Universes can be separated in a few ways:

Parallel Universe or Parallel Dimension is slightly less definitive. It implies that one Universe, despite being different, has some similar properties that makes them "related" or parallel.

The multiverse (or meta-universe) is the hypothetical set of possible universes, including the universe in which we live. [Wikipedia]

A multiverse is a self-contained group, or larger bubble filled with a finite or infinite number of universes. [Verse and Dimensions Wiki]

There are four types of separation from the introduction of the concept of Dimension that gives birth to four models of Multiverse. To adapt Max Tegmark's "Four Levels of Multiverse" to apply to even fiction:

Level 0: An extension of our observable universe. Since observable universe is not a universe, this is more of a model for a Universe than Multiverse.Level 1: Bubble universes. Portion of the same continuum with slightly different laws of physics and physical constants (which traditionally are known to be "Universal"). Since all universes exists on the same dimensions, it does not involve extra dimensions.Level 2: Many Worlds Interpretation. While the Quantum Mechanics version describe a worldline split based on random quantum events, fiction often adapts it to split based on choices of sentient decision-makers. Universes are different "lines" on the same plane, hence it involves one extra dimension.Level 3: Extra-dimensions. Superstring theory, for one, proposes that our 3-dimensional Universe are part of a larger Multiverse with 10 spacial dimensions and 1 temporal dimensions. Universes are of different dimensions altogether, hence it requires multiple extra dimensions.Level 4: A combination of multiple different models of the Multiverse to form a Multi-Multiverse.

Multiverse can mean either just any construct with more than one Universe, or strictly a ordered collection of Universes. The latter is usually used in more developed models, while the former will be introduced later as Archverse.

A Multiverse is a 5-dimensional construct.

Multiverse, or megaverse, any hypothetical set of multiple universes described in physical cosmology and other disciplines. [Wikipedia]

A Megaverse is a collection of several different Multiverses, either a finite or infinite amount of them [Verse and Dimensions Wiki] 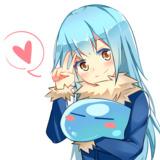 Before we had the word Megaverse, we first knew about the possibility of a Multi-Multiverse. We all know that Megaverse is "a collection of Multiverses", but that's a little too vague for any pragmatic uses. Fortunately for us, the prefix Mega- does not only mean "very large", but also denotes a factor of 10^6. We can take advantage of this coincidence and just understand it as a six-dimensional construct.

A Megaverse is a 6 to 8 dimensional constuct.

A less-known term than Multiverse and Megaverse but one that is quickly gaining recognition. Members of pop culture took it one step further and named "the collection of Megaverses" as Gigaverse. Giga- denotes the factor of 10^9. Hence, Megaverse covers up to 8 dimensions. Since the next multiple Tera- denotes the factor of 10^12, a Gigaverse is a 9 to 11 dimensional construct. Conveniently, the separation between each prefix is 3, which is the number of dimensions we are accustomed to. This enable us to visualise say, all 3 dimensions of Megaverse as 6D point, 7D line and 8D plane in a 9D Gigaverse space. This makes this system of definitions a very powerful tool.

An Archverse is a cosmological structure that is defined to be a large set of verses that are composed of Universes. Simply put, they are finite or infinite sets of smaller archverses. [Verse and Dimensions Wiki]

A Macroverse is a verse of any type which is particularly large when compared with the normal size of verses of the same type. [Verse and Dimensions Wiki]

Macrocosm and microcosm refers to a vision of cosmos where the part (microcosm) reflects the whole (macrocosm) and vice versa. [Wikipedia]

Any large organized system considered as a whole, rather than as a group of smaller systems [Cambridge Dictionary]

About the only similar concept would be Macrocosm, which also refers to the idea of similar structures in different sizes.

"Hyperverse" in this case comes from two words: "Hyper", which is used in mathematics to designate higher-dimensional space, and something extreme, above or beyond the usual level. As well as "verse" as a short for "universe". So it is intended as a description of a superior higher-dimensional existence, beyond conventional reality. [VS Battles Wiki]

Hyper a prefix appearing in loanwords from Greek, where it meant “over” usually implying excess or exaggeration (hyperbole). Hyperverse means Oververse which can be translated to "Over Universe" or "Hyper Universe" [All dimensions Wiki]

So and so character is Hyperversal! But what does this mean?

Hyper- does not really mean something above and beyond, but just a more exaggerated prefix for Super-. It means the extreme. Hence, Hyperverse usually means a construct of infinite dimensions. Whether is it considered an Infinite-degree Archverse is up for debate, but frankly that fact has little use.

Outerverse is a term coined within this wiki to refer to any reality that transcends all concepts of dimensions. [VS Battles Wiki]

It is infinite-dimensional, and has no dimensions. [All dimensions Wiki]

Reality is the sum or aggregate of all that is real or existent, as opposed to that which is merely imaginary.

Just like how they are not real to us, readers are not real to fictional characters, neither are characters from another publication, or characters from comic books inside of comic books. Even if a character appears to break the fourth wall and addresses the reader directly, it doesn't make you any more real to them. There is still no way of interaction or perception on either side. They merely acknowledged your existence, not your reality. The difference between reality and existence will be elaborated.

Whenever there is a crossover, either the crossover is considered a separate Reality from the participating worlds, or everything is considered as one Reality. Outerverse is all of a fictional context or Reality. Hence when you hear someone says "Marvel Omniverse", it really just means Marvel Outerverse.

The Metaverse is a collective virtual shared space, created by the convergence of virtually enhanced physical reality and physically persistent virtual space, including the sum of all virtual worlds, augmented reality, and the internet. [Wikipedia]

The Metaverse is a virtual-reality space in which users can interact with a computer-generated environment and other users. [Verse and Dimensions Wiki]

Many times Metaverse is often associated with the cyberspace, like the cyber equivalent of Megaverse, but this is simply a waste of the word's potential. Meta- means "beyond" and in fiction, being "Meta" or "Meta-fictional" is associated with breaking the fourth wall or transcending into reality. Yes, Metaverse refers to what includes our reality. No fictional character can reach this level, not even those who supposedly "killed my own writer".

Omniverse, a concept in western superhero comicbooks of an all-encompassing reality that every real and fictional universe is a part of [Wikipedia]

Omniverse is basically the new Universe. Everything that there is, it is the Omniverse. If we are just comicbook characters, then the Omniverse contains even "that reality". Omni- means all, and defining it otherwise to have something even larger would just leave it underappreciated. It is also a term perfectly useless in any discussion.

Existence is the ability to, directly or indirectly, interact with reality or, in more specific cases, the universe. [Wikipedia]

The lament term for Omniverse would be Existence. Existence is not a predicate, hence you literally cannot have anything that doesn't exist. (Existence comes first!) Any effort to describe something that is supposedly "beyond existence" is just over-complicating things for no pragmatic use.