Home > Universe > Meeting With All My Selves From Parallel Universes

Meeting With All My Selves From Parallel Universes

how to contact yourself in a parallel universe
habboin 27/10/2021 Universe 1394
When I was eleven, I had a dream one night. In my dream I was told that a stranger would come the following afternoon to ask me for an address and not to be afraid at all. The dream had a special smel...

When I was eleven, I had a dream one night. In my dream I was told that a stranger would come the following afternoon to ask me for an address and not to be afraid at all. The dream had a special smell to it which told me I would recognize the stranger from his smell and had to fully describe the address to him.

The next afternoon while playing games with my friends, I waited. I smelled whoever approached me. Suddenly, someone with the same smell as in my dream came to me and asked for an address. At once I stopped playing and gave the address to him. After that, I went back to play with the pleasure of having fulfilled a great task. It was my own self from another dimension who had allowed me to get close to this stranger. I knew this because she had told me that after I gave the address, I could go into her dreams at any time and we could be together, but she added, “I am your other self.”

One afternoon in 1993, while I was surrounded by a deep unhappiness, I was startled by a very powerful voice: “Your other self in a parallel universe is being jammed into the third dimension.” This voice was so clear and obvious that at once I found myself in another place, another time dimension with no gravity. What did a parallel universe mean? Who was jammed into the third dimension? Was it like someone went to visit some place and could not get out of there? I was trying to grasp it, but my mind would not let me. It was like it had put a big “Danger! No Entry!” sign in front of a territory unknown to it. I began to feel strange, and since I was feeling poorly, I had no access to any source of information. Moreover, I did not know anyone who could give me an explanation of this issue.

Woman Drowning in the Kitchen

A long time had passed, but I was still under the effect of the voice. To free the energy of this effect, I decided to do the best thing I knew and began to write. As lines started to pour out of my pen, two dimensions started to merge together. While I saw this woman in her daily life in the kitchen—a vision of myself—at the same time, I saw a woman drowning in the sea. It was like watching two movies at the same time, but there was a big difference: I was actually living both of them! On one side I was sitting in my kitchen, but at the same time, I was experiencing an inability to breathe and realizing I was about to die. The agony grew even more as I was thinking I did not say my last farewell to anyone. But it was too late; I was dying, and there was nothing I could do. Then suddenly before me appeared the vision of a woman just rescued from drowning, carried out of the sea, lying semi-conscious with a crowd of people surrounding her. Emergency response teams worked to bring her back to life; it was as though I was made part of this intervention and both of us began to breathe at the same time.

Now, I often had visions while writing and with it a large flow of information. Of course, questions in my mind were growing at the same rate. If I could merge or integrate with my other part, would I exhibit two personalities? What was the possibility of losing my mind? Would this merging open me to other dimensions and end my quest here in this world? Also, did all those lives I felt intertwined since my childhood comprise my present, my past or my future?

I actually had to force myself to believe in all that was happening to me. As I forced myself harder, the information hid itself more. Luckily, I noticed this mistake and finally came around. In fact, no longer forced anything; it was a great experience happening by itself. I decided to live this experience, not through dreams or with the energy of a big problem, but by opening myself up to it completely and consciously. This was a good decision! Up until then, I held a great fear of water; afterwards, I began to swim very well. In addition, the feelings of choking that showered down on me during the day were also healed. I did not experience them anymore either.

Now, instead of in wait for something to happen or fear of old memories, I longed to see myself in other dimensions in a conscious way. Could the concept of “parallel universe” be something like entering a space and creating an experience, and could I enter that space all by myself?

I sat at the threshold of finding answers to my questions and understanding the meaning of what I had lived. Oddly enough, help would come in an unexpected way.

Thereafter, my writings turned into a work of consciousness full of visions. Indeed, one night as I wrote in a focused way, I began to feel the presence of a being very strongly. A little bit after, a dragon stood in front of me, introducing himself as Lou.

Lou told me to sit on his back, and he would take me down to the seventh dimension. I thought we would go up, but Lou laughed questioning, “Why don’t you think there are lives down below?” I had no idea where we were going, but I must confess I felt a unique pleasure. Lou invited me to ask him anything, and I immediately began to do so.

Lou, what is the purpose of a parallel life? What kind of relationships will I have with my other selves that I intersect? Why did my drowning woman aspect reveal herself to me in this way?

Think of yourself as multi-dimensional. For one thing it will not be an intersection but integration. Relationships will happen on a telepathic level. Sometimes, your other self from parallel universes gets your attention in traumatic ways. This was just one of them.

Will my other pieces perceive each other? I mean, will they see each other physically?

As I said, perception exists on a telepathic level. When an entity has a thought, all the others know the same thought, but it occurs in a very weak frequency. Those who are close to each other call this “telepathy.” These two women, if they want it, may be able to see each other physically, such as you saw yourself at ten years old. If you allow it, you can see your “selves” in the other dimension. But first they will establish “telepathic” communication. Something coming to one’s mind will also come to the other’s mind. There is no such thing as “telepathic abilities”; telepathy is not a talent, but inherently exists in every human being. You will feel the flow of information. Do not forget you are at the very beginning of the road. 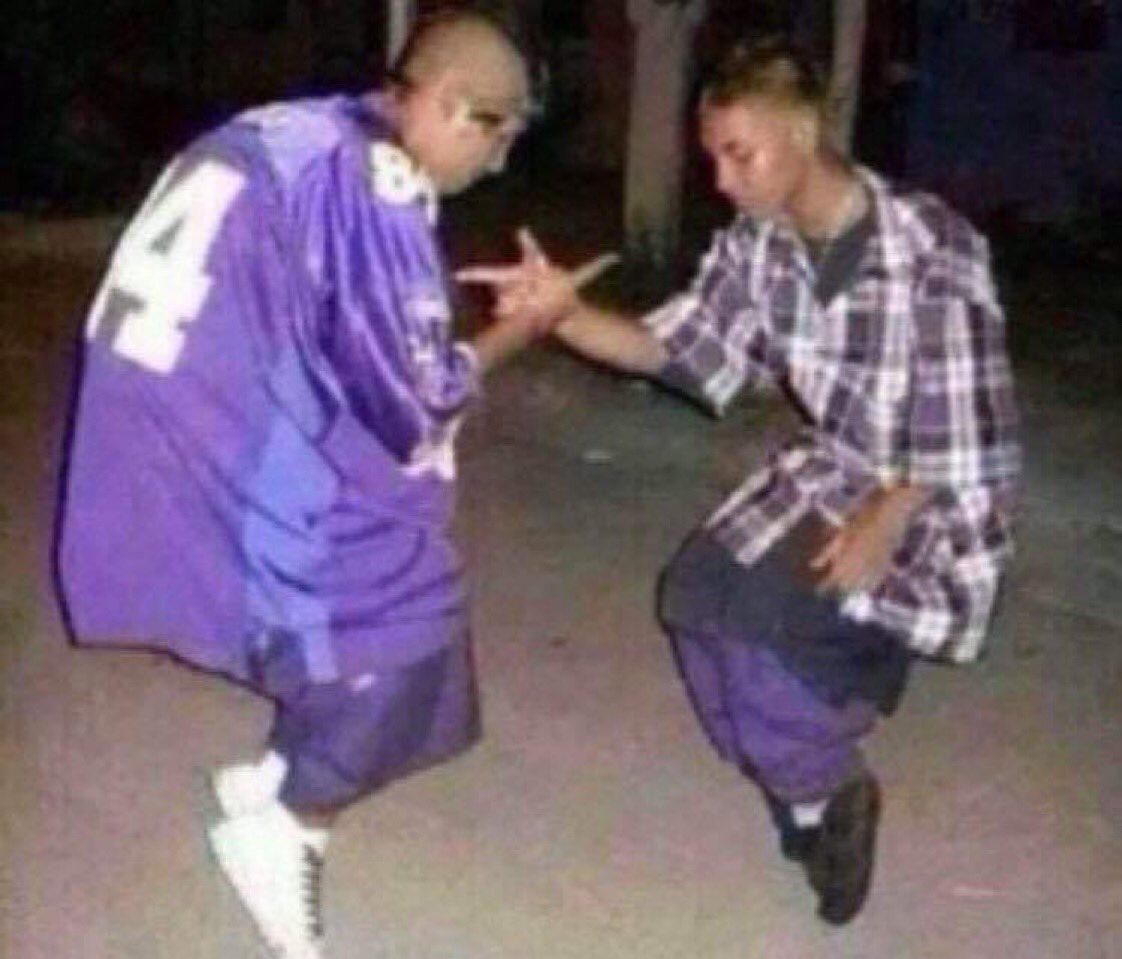 I do not know where to begin?

It’s so simple…You can start by just looking at changes in your life.

So, who coordinates the experiences? Me or the other “me’s”?

Let me give you a secret, so you can assess the tips. It is very easy to understand what your other selves are doing. Whenever a sudden change occurs, understand that one aspect of your “selves” from the other dimension is reaching out to merge with you.

It is actually part of me, isn’t it?

In that case, what is the main idea behind the integration?

Those other selves of you try to integrate with you and spread around a very powerful energy while they dance with each other.

Then, I want to go to my other “self” from the parallel universe calling “Would you dance with me?”

Where do you think I am taking you now?

In the Seventh Dimension

Lou had just told me about the seventh dimension. I was very excited. We started to move down. I will describe what I see and I feel, but I have no idea how successful I will be.

In the seventh dimension, every experience acts like a celebration. As soon as we landed, we were greeted very enthusiastically. I met with myself of the seventh dimension. My body was like a very soft light beam. I was a bit taller. My very long hair was the color of a mixture of purple and blue.

I dealt with plants. I approached my seventh-dimension self—a very peaceful moment. My name was Ahumika. We did not speak at all. Our communication happened through our senses. My seventh-parallel self began to explain that people come to the seventh dimension without getting pregnant; therefore, the very high energy of this dimension causes little trauma.

I asked about Reiki. I was told the main purpose of Reiki works as an awakening of Kundalini energy more than its healing properties. Reiki serves no healing purposes here because we are not coded for disease. In the seventh dimension, Reiki exists by itself as the life energy. They do not intervene with energies. When diseases increased in your world, Reiki started to work as a healing code. Reiki energy remains low when reduced to diseased energy levels. Very few people working with Reiki know this.

I asked how we would continue our relationship after that. She told me any time I wanted, I could go to the seventh dimension and feel the energy. She related whatever questions I had she could tell me everything because now that we are aware of each other, our energies had merged.

This ride was simply the greatest gift I could have given myself. Now I had my ticket for other meetings. I must only perform the journey without any feeling of doubt. The integration with my other “selves” will make the experiences in the playground of my world even more enjoyable.