Cross play between PC and PS3/4 is planned to launch the week of January 25, 2016. After cross play, players from PC, PS3, and PS4 will all play together throughout the game, including in On Duty and open world content. Groups and leagues will both be able to contain a mixture of PC and PS3/PS4 players.

Keep reading for more information on what that means for you, and a list of frequently asked questions and answers.

If there is a character name conflict, one player will keep the name and the other will be renamed to Name_PC or Name_PS. The renamed character will receive a Character Rename Token. We will determine which character is renamed based on the following criteria:

If there is a league name conflict, one league will keep the name and the other will be renamed to League_PC or League_PS. The leader of the renamed league will receive a League Rename Token. We will determine which league is renamed based on the following criteria: 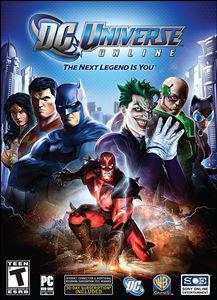 Please find the answers to your most frequently asked questions below. We will continue to add to this list as more questions and/or answer arise.

Q: What is cross play?A: Cross play will allow all players on PC, PS3, and PS4 to play together as if they were on the same servers. In game, the transition will be essentially seamless. The biggest thing you will notice is more players around.

Q: Does cross play mean I can play my characters on PC and PS?A: No. The accounts remain separate, and your characters remain attached to your PC or PS accounts.

Q: Do my purchases transfer to the other platform?A: No. The accounts remain separate, and your characters remain attached to your PC or PS accounts.

Q: Can I transfer my characters from one platform to another?A: No. We do not plan to offer character transfers of any kind, for business and technical reasons.

Q: Why must character and league names be consolidated?A: After cross play is implemented, the in-game experience will be essentially seamless. Characters and leagues on the opposite platform will look just like more characters in the game, so names must be unique.

Q: How will you determine if a character is active?A: We will check to see if that character has logged into the game in the last 90 days.