Home > Universe > A Man Said to the Universe — Shieldmaiden Creative

A Man Said to the Universe — Shieldmaiden Creative

a man said to the universe
habboin 29/12/2021 Universe 1324
Today I'm doing something that I don't think I've done before, outside of required essays when I was in school: I'm going to write about a poem.Admittedly I'm not largely into poetry. Some of it I fin...

Today I'm doing something that I don't think I've done before, outside of required essays when I was in school: I'm going to write about a poem.

Admittedly I'm not largely into poetry. Some of it I find hard to get into, much of it I don't understand, and sometimes I feel as though it smacks too much of pretentiousness; all these are arguably problems with me, and not poems. But then every once in a while I find a poem that speaks to me on a very visceral level, and the scales fall from my eyes, and I see what all those poetry fans are going on about.

One of the very first poems that stuck with me is this one, by Stephen Crane. It was written in 1899, and was included in a volume called "War is Kind". Here it is:

A Man Said to the Universe BY STEPHEN CRANE

A man said to the universe:

“However,” replied the universe,

“The fact has not created in me

A sense of obligation.” 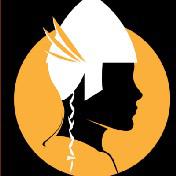 And that's it. The whole thing. Five sweet lines that have resonated in my heart for a few decades now. I find myself recalling these words frequently, and in fact this poem has become, to me, sort of a mantra.

I'm sure there are plenty of analyses and wordy papers written about this poem. But I haven't read any of them. Honestly I don't want to hear someone else's interpretation and find out they've come to a different conclusion, because the interpretation I have and the sweet words that stay with me have come to mean so much in my life.

To me, this poem is about humility. It's about fighting off the hubris that comes so naturally to us, and reminding us to stay grounded. Just because we are here, does not mean anyone owes us a thing. It doesn't mean someone has to take an action on our behalf.

It means that we need to stand on our own feet, make our own lives, and that there is no universal promise that just because we feel important, others should automatically deem us so. Because just the fact that we exist and realize it, doesn't mean that anything or anyone else is automatically required to assign us esteem based on no merit.

In an age where there are more people than ever before sharing this sphere with us, and there is social (and traditional) media proclaiming at all times stories of petty offenses and disproportionate outcry, I think this message just continues to resonate deeper with me. It's as though a pebble got dropped in my subconscious, and these rings continue to expand in the pond of my heart.

Perhaps partially because we are more aware of our own tininess now than we ever have been in human history, we are rebelling against it. We know for a FACT that there are millions of stars out there, and millions of planets. We now know that there has been water on two other celestial bodies in our own solar system (Mars and Jupiter's moon Europa, which was just confirmed in the last week). At any given time, every single person in America can access millions of other voices online, informed or uninformed, as the case may frequently be. Never have we felt so insignificant. With the wane of religion as a universal status quo and to reinforce our importance as individuals in Western society, we are becoming ever more swept up in this existential maelstrom.

That's my theory, anyway, on modern trends of behavior that drive me nuts. And I find it a lot more easy to swallow than the alternative: that humans are devolving into childish, selfish, vapid idiots who jump on any bandwagon that gives them 10 second accolades, no matter their basis in logic or morality.

I prefer to think of our ridiculous modern behaviors as a rebellion at this abyss we feel we are lost in, and we are trying to grasp at straws of meaning on some level. In many ways it's the best time to be alive. As far as variety of experience, medical care, food, and safety are concerned, it's absolutely true. But as far as soul and sanity are concerned, I feel its one of the worst.

We are chasing our own tails in search of meaning, and identity. We are crucifying any meaning or identity that we can draw on from the past, partially I think to cut ourselves off from rules that we now prefer to find archaic, and partially to justify our own actions in the future in abandoning human rules that large parts of society have followed for millennia. In an era in which ancestral memory has been scientifically proven to be a DNA-based fact, I find it amazing how much certain quarters want to throw the baby out with the bath water. I think there's a lot of inner conflict on this, and it manifests itself in loud and illogical ways.

Hence people asking for others constantly to "not judge" the decisions of others (which in many ways I agree with), but out the other side of their mouth choosing to use mob-rule internet justice to ruin the livelihoods of people who make personal decisions of a type they don't agree with. In some cases I feel it's a positive idea initially, but then taken to a lynch-mob like response that entirely obliterates innocent people and their family....and then they flock on to the next thing. For an era that asks constantly for total acceptance for all decisions, there sure is a lack of proportional response when it comes to other, less popular, ideas.

And this all comes back to Stephen Crane's poem, for me. "Sir, I exist". Yes, good, identify yourself and define yourself and be strong. "However, the fact has not created in me, a sense of obligation." But that doesn't mean that everyone is required to think your existence is more valuable than anyone else's. A valuable mantra to remind ourselves of when we feel too large for our britches.