The Electron rocket lifted off from Rocket Lab’s Launch Complex 1 in New Zealand at 5:09 a.m. Eastern. The rocket’s kick stage deployed its sole payload, the StriX-α satellite for Synspective, about an hour after liftoff into a 500-kilometer sun-synchronous orbit. The launch used a customized payload fairing to accommodate what Rocket Lab called the “extra-wide body” of the satellite.

StriX-α is the first in a constellation planned by Tokyo-based Synspective, which raised $100 million as of mid-2019. The “100-kilogram class” spacecraft, as described by the company, can generate synthetic aperture radar (SAR) imagery with a resolution of one to three meters. It will be followed by StriX-β, a second demonstration satellite, in 2021. The company ultimately plans to deploy a constellation of more than 30 satellites.

Synspective originally contracted with Arianespace to launch StriX-α on a Vega rocket. However, in April it announced it had signed a contract with Rocket Lab for the satellite, citing delays in the Vega launch schedule caused by a July 2019 launch failure. The company expects to use the Arianespace contract for the launch of a future satellite instead. 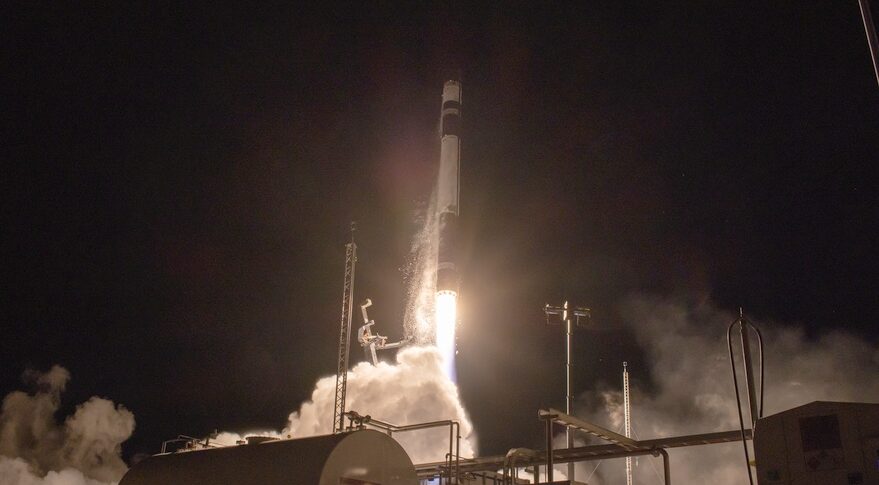 “With the launch of StriX-α, Synspective will be able to demonstrate its satellite capabilities and data processing technology,” said Motoyuki Arai, founder and chief executive of Synspective, in a statement after the launch. “This is the first step towards our constellation of 30 satellites and along with the development of our solutions, a full-scale business expansion will begin.”

The launch, called “The Owl’s Night Begins” by Rocket Lab, was the 17th of the Electron rocket overall, and seventh of 2020. Rocket Lab entered the year with the goal of launching up to 12 Electrons, performing its first launch, of a National Reconnaissance Office payload, in January.

The coronavirus pandemic, though, forced Rocket Lab to suspend launch operations in March as it was preparing for its second mission. It resumed launches in June, launching a second mission for the NRO that also carried university payloads.

The company suffered a setback in July when an Electron launch carrying satellites for Canon Electronics, Planet and In-Space Missions failed. Rocket Lab traced the failure to a faulty electrical connection in the rocket’s upper stage that eluded quality control testing prior to launch. The company returned Electron to flight less than two months after the failure, launching a SAR satellite for Capella Space. That launch also carried Rocket Lab’s first Photon satellite.

After an October launch of satellites for Canon and Planet, Rocket Lab launched nearly 30 small satellites for various customers on a Nov. 19 launch. That launch was the first where the company attempted to recover the rocket’s first stage, part of a project announced in 2019 to eventually reuse the booster. The company was able to recover the booster from the ocean, declaring the effort a “complete success.”

Rocket Lab did not attempt to recover the first stage on the StriX-α launch. The next recovery attempt will be on a launch in early 2021, the company said during the launch webcast.