Here's What You Need To Know About Rocket League's Rocket Pass

how much is the rocket pass
habboin 05/01/2022 Rocket 1200
Rocket League has just released a Fortnite-like system that rewards players with exclusive cosmetics for ranking up in-game. Now that the long-awaited Rocket Pass is finally here, let's take a look at...

Rocket League has just released a Fortnite-like system that rewards players with exclusive cosmetics for ranking up in-game. Now that the long-awaited Rocket Pass is finally here, let's take a look at what you need to know.

There's a free and premium track for the Rocket Pass, meaning everyone can join in on the fun. The free version has 29 rewards compared to the 70 rewards you can earn on the premium tier, and you can view all of the Rocket Pass 1 rewards here. The rewards cover the whole range of Rocket League cosmetic slots, including exclusive car bodies, and even a hilarious "motor mouth" engine sound. Items earned from the Rocket Pass can be traded, except for items like titles which can't be by default. 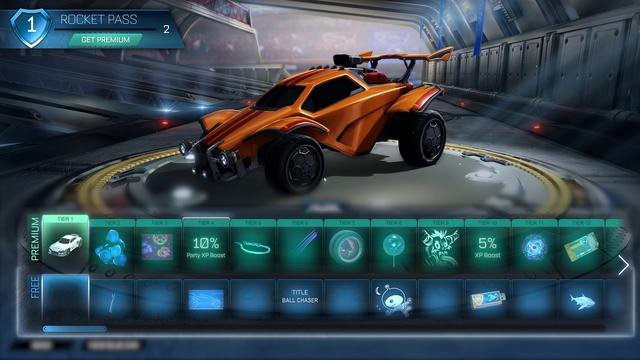 After last week's Progression Update that balanced every level to take the same amount of XP to achieve, item unlocks from the Rocket Pass are now tied to player's level progression. So, even if you're level 120, each level will take the same amount of XP to unlock as players in lower levels. By ranking up your profile level, you'll advance to the next Rocket Pass Tier and earn a reward.

Psyonix estimates that it will take about 100 hours of play to reach every tier on the Rocket Pass, though XP multipliers, double XP weekends, and daily win bonuses could help you fly through the ranks much faster. Once you reach the last rank of the Rocket Pass, you'll start to earn Pro Tier Rewards. Each time you rank up past 70, you'll unlock a painted or certified item from a "select list of Premium Rocket Pass rewards."

Finally, you should know that, sadly, there aren't any in-game challenges or quests to unlock Rocket Pass items. Challenges to perform 10 saves or score a backwards goal would be a fun way to earn items, but I believe Psyonix is concerned how players gunning for challenges might affect other players. Losing a game because your teammate missed a bicycle-kick save would be frustrating. However, Psyonix is "considering safe ways to give players specific goals in future passes."

Rocket Pass 1 will only be active between September 5th and November 26th, so get playing!